If yes to any of these and you think you have what it takes to join the Coaching Staff or the Committee at the Bendigo Dragons for 2016, please contact us.​

The Dragons finished the 2015 home away season as minor champions with a 9-1 win loss record.
​Disappointingly for our players and fans, the Dragons were knocked out of the play off series in the first game by the Pakenham Sliverbacks 16 -12.

After a thrilling win over the Rangers the Dragons are to face Monash Warriors in the Division 1, Conference A, Championship game to see who moves onto the Vic Bowl.

﻿The Dragons have reached the play off's in Division 1 and travel to face Croydon at Ranger Field.﻿

Vic Bowl to be played in Bendigo

The Dragons have been chosen by Gridiron Victoria to host the 30th Vic Bowl at the Tom Flood Sports Centre.
DRAGONS AT HOME TO Miners in Playoff Race
The last home game of the season sees the Dragons face fellow finals contenders the Berwick Miners.
﻿In freezing temperatures the Dragons scored an impressive victory in front of their home fans at Tom Flood Sports Centre on Saturday night.﻿

DRAGONS AT HOME TO BARBRIANS
﻿﻿The Dragons scored a 54-point victory against Monash Barbarians in Saturday night's gridiron clash at Bendigo's Tom Flood Sports Centre. Despite the cold conditions, hundreds of fans turned out to watch a red-hot Dragons line-up dominate this contest.﻿﻿ 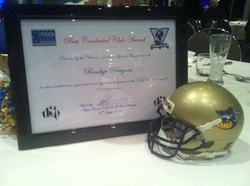 The Dragons have had a very good first season with multiple awards earned across all areas of the club.
Head coach Robert Hunter was named Coach of the Year after guiding the Dragons to the finals in its debut season.
Tim Curtain claimed the Rookie of the Year award following a superb season in defence.
The Bendigo Drag﻿ons also received a huge vote of confidence from Gridiron Victoria by being named Best Conducted Club.
With multiple players polling well across various postions in the league MVP voting.
Noah Sims’ outstanding season was capped by being third in the division two MVP and full-back Fareni Moefaauo was runner-up in the Offensive MVP.

The search for future dragons begins.....

Dragons are recruiting for juniors for the 2013 season, read Bendigo Advertiser article.

Dragons kick off in bendigo 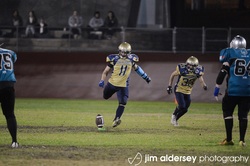 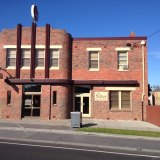 We are excited to announce and welcome aboard The McIvor Hotel as a Major Sponsor for the next 3 seasons.
We look forward to having many meals, drinks and functions over the next few years.

Make sure you all get down for a great meal in a friendly family atmosphere. As we want to show our support to them, as they have shown theirs for the Dragons.

We would like to  welcome and thank Doherty's 24-7 Gym for joining us as another Major Sponsor for the next 3 years and encourage all Dragon fans to welcome them to our club.

If you are or have ever been interested in participating in this sport come and have a try with us;

NO Experience required just an interest in the game or getting together with some new people.

Don't let your current fitness level hold you back from having a try either. We understand not everyone is an athlete and we don't expect anyone to be one. We are looking for anyone who wants to have a go at American football best they can, we will help get you to the level of fitness you need if you want to play.
This is an opportunity to play a team sport, become the member of friendly club and make new friends.

Check our face book page for more details and to see whats happening with the team, any changes to this situation will be posted there as well. 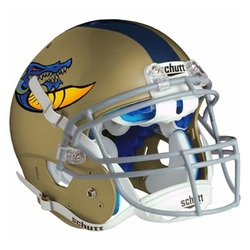 We have a concept uniform and helmet design and expect that our final design will be very similar to the ones displayed.
The decision to go with a Navy Blue and Vegas Gold as our club colours and solid navy pants, we think matches pretty well into the local Bendigo sporting colours. 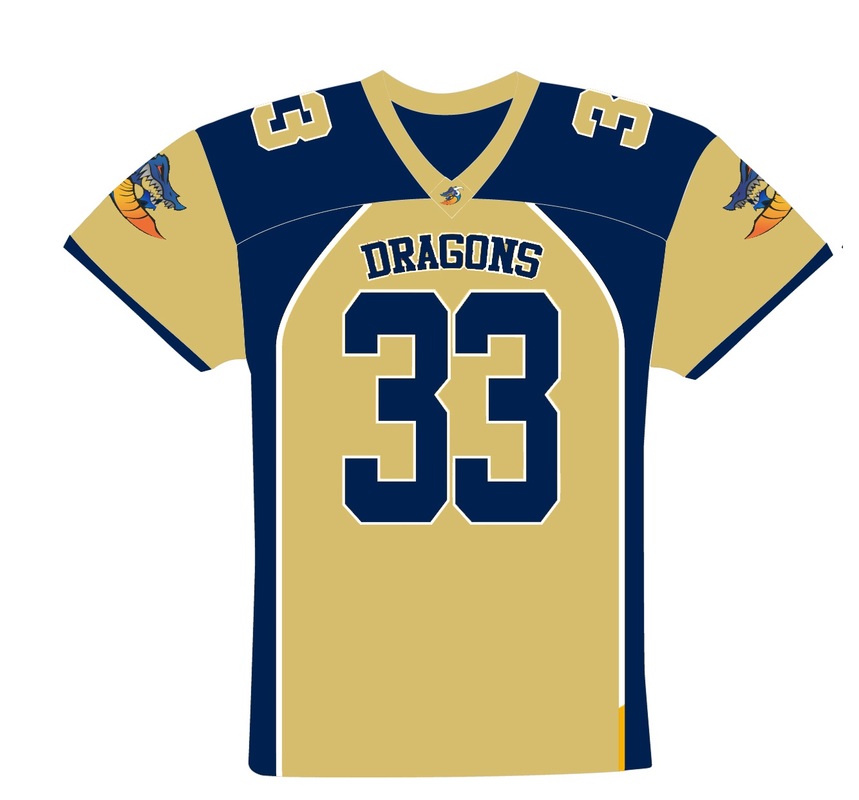